Types
Gear or chain systems are also used to connect the crankshaft to the camshaft at the correct timing. However, gears and shafts constrain the relative location of the crankshaft and camshafts. Even where the crankshaft and camshaft (s) are very close together, as in pushrod engines, most engine designers use a short chain drive rather than a direct gear drive. This is because gear drives suffer from frequent torque reversal as the cam profiles "kick back" against the drive from the crank, leading to excessive noise and wear. Fiber or nylon covered gears, with more resilience, are often used instead of steel gears where direct drive is used. Commercial engines and aircraft engines use steel gears only, as a fiber or nylon coated gear can fail suddenly and without warning.

A belt or chain allows much more flexibility in the relative locations of the crankshaft and camshafts.

While chains and gears may be more durable, rubber composite belts are quieter in their operation (in most modern engines the noise difference is negligible), are less expensive and more efficient, by dint of being lighter, when compared with a gear or chain system . Also, timing belts do not require lubrication, which is essential with a timing chain or gears. A timing belt is a specific application of a synchronous belt used to transmit rotational power synchronously.

Timing belts are typically covered by metal or polymer timing belt covers which require removal for inspection or replacement. Engine manufacturers recommend replacement at specific intervals.   The manufacturer may also recommend the replacement of other parts, such as the water pump, when the timing belt is replaced because the additional cost to replace the water pump is negligible compared to the cost of accessing the timing belt. In an interference engine, or one whose valves extend into the path of the piston, failure of the timing belt (or timing chain) invariably results in costly and, in some cases, irreparable engine damage, as some valves will be held open when they should not be and thus will be struck by the pistons.

Indicators that the timing chain may need to be replaced include a rattling noise from the front of the engine. 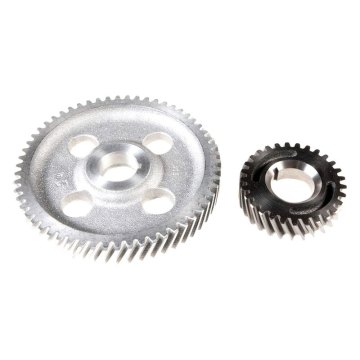 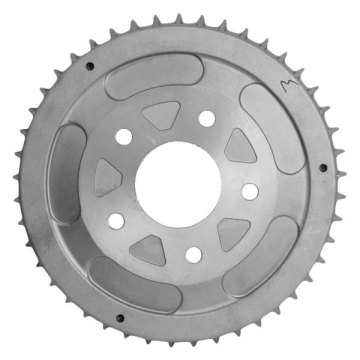