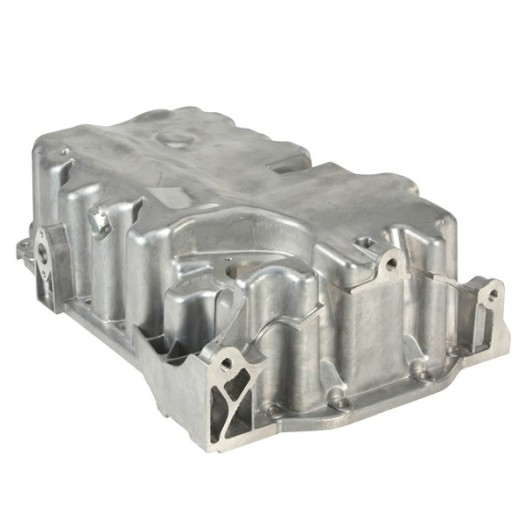 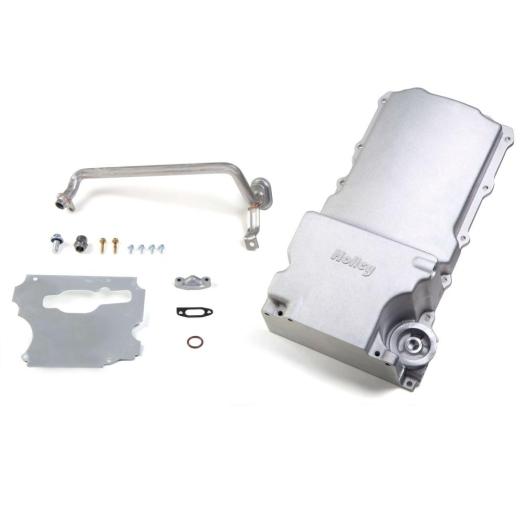 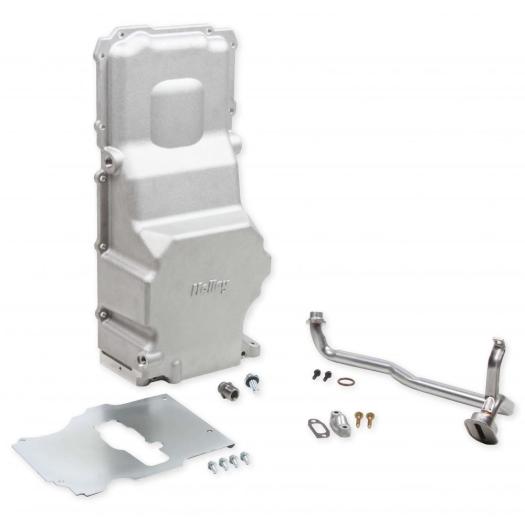 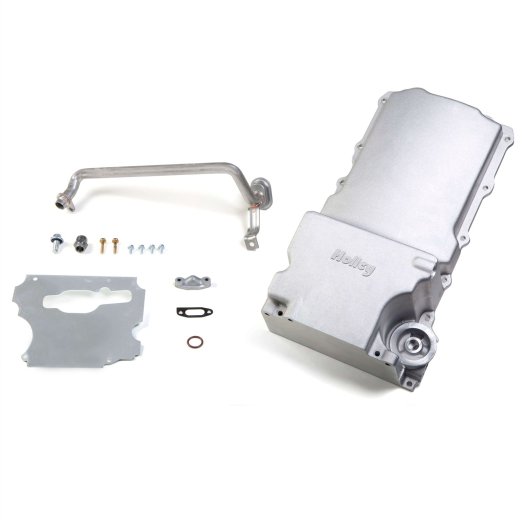 
The  oil pan  , or  sump  , is a metal dish which covers the bottom of the engine block, and holds the engine oil when it is not circulating around the engine.

This is known as a  wet sump system  , and is almost universal in standard production vehicles. It is a wet sump because the sump always contains oil-its natural state is to be wet! Another system is a  dry-sump system  in which the oil is pumped out of the sump into a remote container. We discuss dry sump systems in another article.